This is a cover I did for the script of the upcoming film comedy “They Might Be Kennedys”. The writer thought that if he had a cartoon cover illustration, the script might attract more attention as he shopped it around to various producers and studios. While it was being passed through the Hollywood production mill, before a frame of footage was filmed, the script itself won 17 top awards at various film festivals. It is now slated to begin production in the summer of 2014 for a 2015 release.

The picture is a take off on the album cover of “They Might Be Giants” by the group of the same name.

Here is a review of both the script and my work on its cover (which displays an earlier version of the cover art):

IMBd page for the upcoming production:

For the comedy short film “Knocked Down” (http://www.imdb.com/title/tt1294684/) I was asked to draw a lobby poster for the premiere. 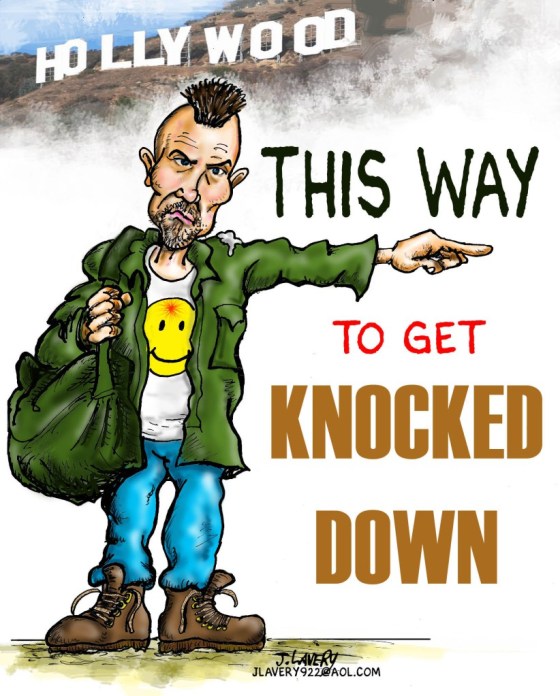 Below is a logo I did for 6A Films. There were different versions.

First black and white was considered. Then the producer said “Let there be color!”

“That’s a wrap!” I was told. Then we found out the dimensions of the logo wouldn’t fit The Big Screen. 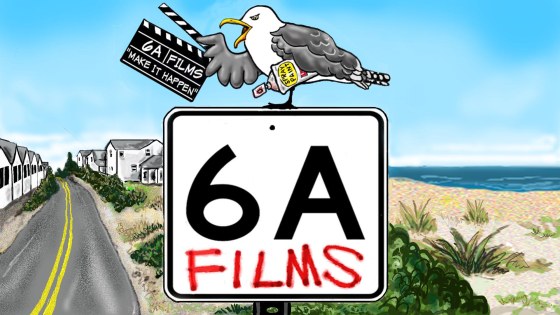 (click to see it in all its widescreen goodness!)

Since the first film that the logo would appear in would be a mystery thriller it was thought to animate it—in a mysterious thrilling way: